On November 12, 2021, we published a financial result for the fiscal year ending September 2021.

The followings are detailed result and our future efforts.

About the 19th period (the fiscal year ending September 2021)

As for Japan’s economy during the consolidated fiscal year, market for inbound visitors remained almost vanished, but export and production mainly to China was on the increase. Personal consumption partially rebounded because measures to prevent the spread of COVID-19 and revitalization of business activities were tried to be reconciled. However, the second state of emergency was declared in January 2021, which was lifted in March, then the third and the fourth states of emergency were declared in April and July, respectively. The future of Japan’s economy was unclear because COVID-19 was not under control and business failures and unemployment continued to increase due to restraint of economic activities.

In these circumstances, we were implementing active measures suited for characteristics of each group company aiming at business recovery, and we significantly improved sales, operating loss, and ordinary loss compared to the previous year.

As for the measures during this period, we were aiming at enlarging revenue by rebuilding sales system to gain more repeat and regular customers, dealing with the customers who haven’t done business with us for a certain period of time, and encouraging cross sell, based on new customer acquisition by strengthening web promotion since the previous period. However, increase rate of new customers acquired by web promotion was lower than expected. In order to expand overseas sales channel, we conducted active promotional activities to expand awareness. For example, we used Chinese SNS “RED” and “Weibo” and gained about 42,000 followers in a short time. We started general trade of Sparkling Clear Pack in Vietnam and began selling in cosmetic stores in Thailand and we were developing market with a central focus on Southeast Asia at a satisfactory pace, but restriction to prevent the spread of COVID-19 caused delay in additional business meetings.

The sales of cosmetic wholesale was still affected by COVID-19 pandemic, and loss of inbound demand was considerable large, resulting the sales of 546,227, 000 yen (loss of 6.5％ compared to the same period of the previous year) and the loss by segment of 49,185,000 yen (loss by segment in the same period of the previous year was 35,435,000 yen). As a result, we moved into the black in the third quarter of the consolidated fiscal year although there is a loss by segment.

This term we strived for domestic sales recovery and expansion of e-commerce by strengthening advertising and sales promoting activities to find new customers, using Instagrammers and Youtubers as the new measure to strengthen appeal to exfoliating market. However, the impact of COVID-19 pandemic was severe, causing significant decrease in domestic wholesale performance compared to the previous year. The overseas sales which we have been working on since the previous fiscal year was boosting its sales satisfactorily, and our “Natural Aqua Gel” and “White Clear Gel”, new cosmeceutical exfoliating product, “Extra Oil Cleansing”, and “Special Powder Soap” were ordered at “W11”, “W12”, and “618”, the big exhibitions in China. As a result, the overseas sales greatly exceeded those of the previous year.

As for the future measures, we will focus on expanding sales of “DevirusAC” (space sterilization device) by working with major companies, increasing agents, and implementing sales promotion activities. As we have been disclosing actively, sales have expanded steadily; verification of using chlorous acid water “Klorus sterilization water” for sterilization during surgery of Holstein cow in Hokkaido was started by Hokkaido University, we provided infectious disease prevention solutions for tourism in Monbetsu city in Hokkaido, healthcare facilities operated by Kameyama city in Mie Prefecture, and major tutoring school. To deal with such sales expansion, we opened a new plant to manufacture dilution water on December 15, 2020. As to boosting potential demand for hygiene service in restaurants and food factories, which is our origin, recovery of restaurants seems to take time due to impact of COVID-19 pandemic, but we concluded the partnership agreement on demonstration experiments in a high performance photocatalyst (developed by Teruhisa Ohno, Kyushu Institute of Technology), which Nakama City in Fukuoka Prefecture has been working on to create “a safe space to protect from viruses” since July 15, 2021. We also concluded “Contract on coordination and cooperation aiming to safe and trusted ‘restaurant quarter’” with Rakuten Communications Corp., Nakama City, and Nakama Chamber of Commerce and Industry on October 25, 2021, in order to support restaurant business by improving hygiene control of restaurants in Nakama. If this approach is verified, we intend to expand similar effort into other towns in the future.

The sales of aroma business which was added to the reporting segment since this third quarter of this consolidated fiscal year was 533,524,000 yen and loss by segment was 78,447,000 yen.

“Aroma Bloom” operated by aromatherapy business sells general goods focusing on aromatherapy products such as essential oils, which fitted for various scenes and concepts. We operate 37 lifestyle-theme stores (as of September 30, 2021) to offer aroma and relaxation for your life in Tokyo and adjacent prefectures. We actively implement measures to improve synergy effect of our group: for example, the products of Favorina and Cure, our affiliate subsidiaries, are now available in Aroma Bloom stores, and at the same time, we have started to sell aroma products to customers of communication business. However, we had to close five stores due to the state of emergency was declared in April, causing to fall below the earlier estimate of sales.

About our future efforts

As described in “Notice of completion of assignment of aroma business and commence of new business (progress of disclosed matters)”, assignment of aroma business was completed and commenced the business from April 1, and “Aroma business” was added to the reporting segment since this third quarter of this consolidated fiscal year. In addition, the business segment “Others” is added as the segment not included in the reporting segment because the sales of gray hair dyeing business was posted.

We keep on focusing more on M&A toward start-up business to enhance our group’s value.

Assuming that the impact of COVID-19 pandemic on our company group business will last this period, our future efforts are as follows:

To restore profitability of the communication sales business, we will offer new products such as “CO₂ PACK PREMIUM”, the face pack that makes circulation good by carbonated foam, and “Fine Visual White Wrinkle Cream”, the quasi-drug face cream that contains active ingredients with wrinkle ameliorating effect and whitening effect, as we announced through our website, while aiming to increase customers, sales, and operating profit using different sales channels including media.

The cosmetic wholesale business will improve performance by promoting sales of “Natural Aqua Gel” that remains perennial favorites and our new product “White Clear Gel”, aiming to expand store locations in drug stores, as well as strengthening domestic e-commerce through Instagrammers and Youtubers and developing market with a central focus on Southeast Asia.

The hygiene consulting business will restore profitability by focusing sales of much-needed “DevirusAC” (space sterilization device). In addition, development of HACCP app for restaurants supervised by HACCP was completed successfully and need for “BACTESTER” (fluorescent image measurement apparatus for microbe) seems to increase because cancellation of the state of emergency seems to cause activation of economic activities of food-related industries such as restaurants.

The forecast shown above has been created based on information available on the day of announcement of this material and actual performance results may differ from expected figure due to various factors. 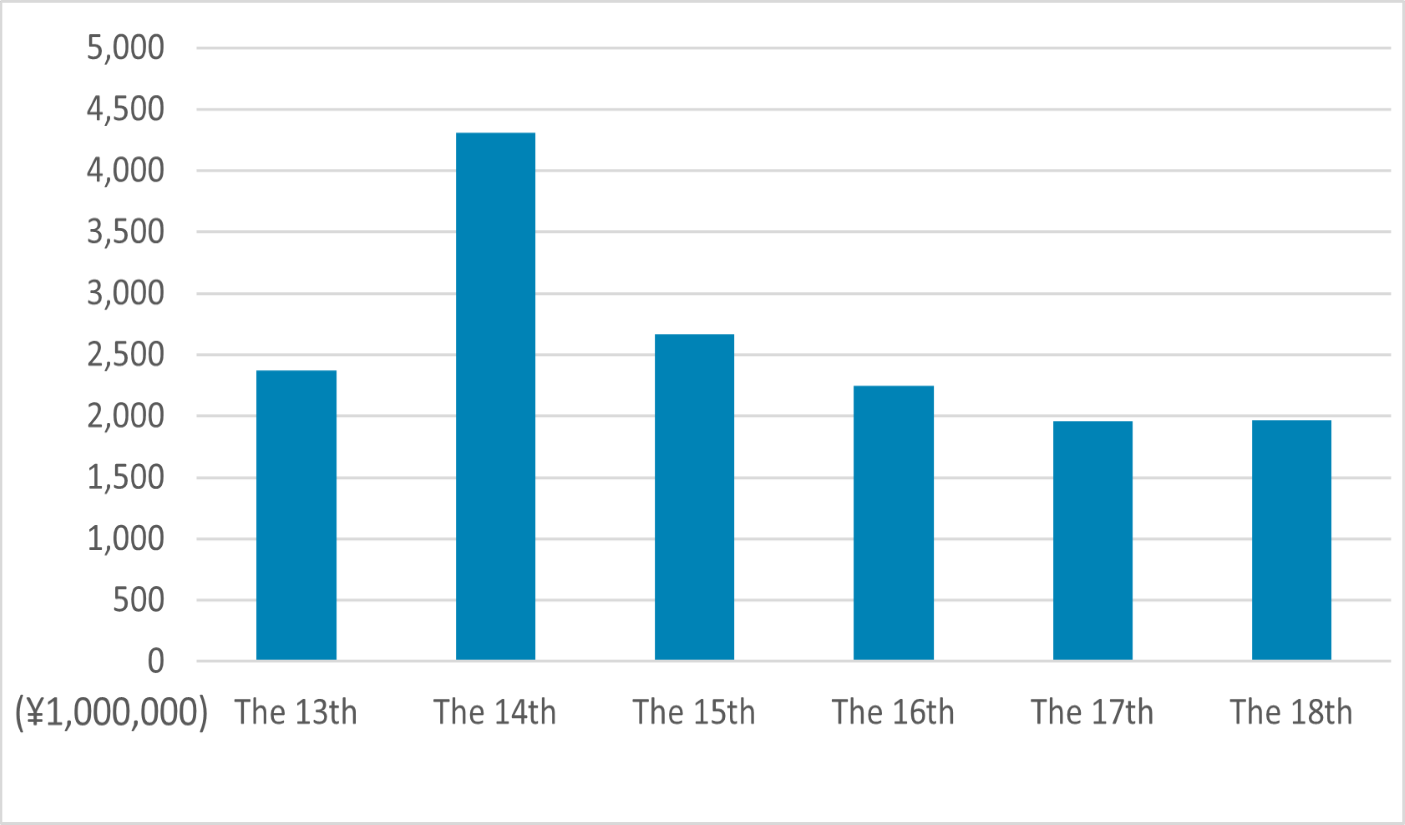 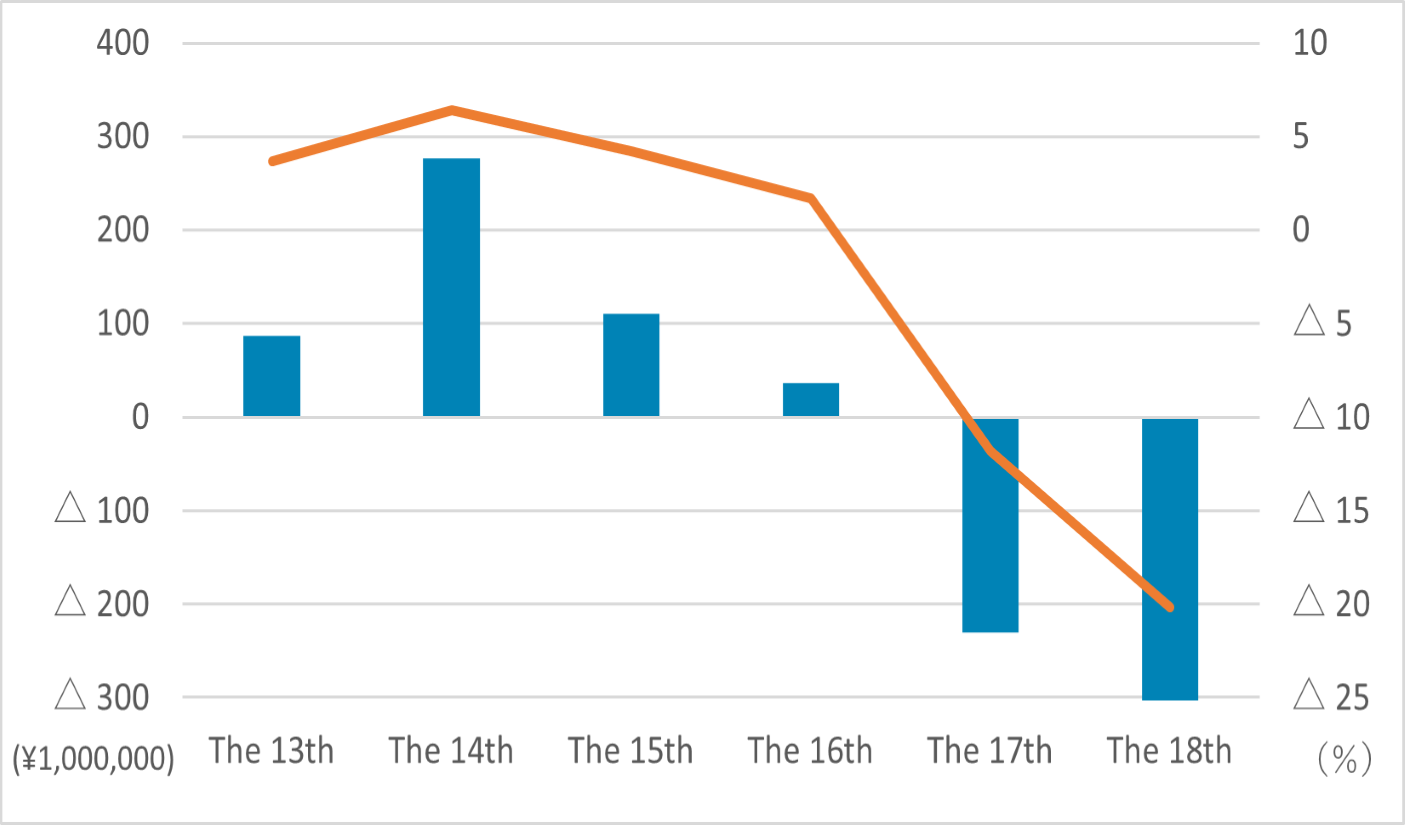 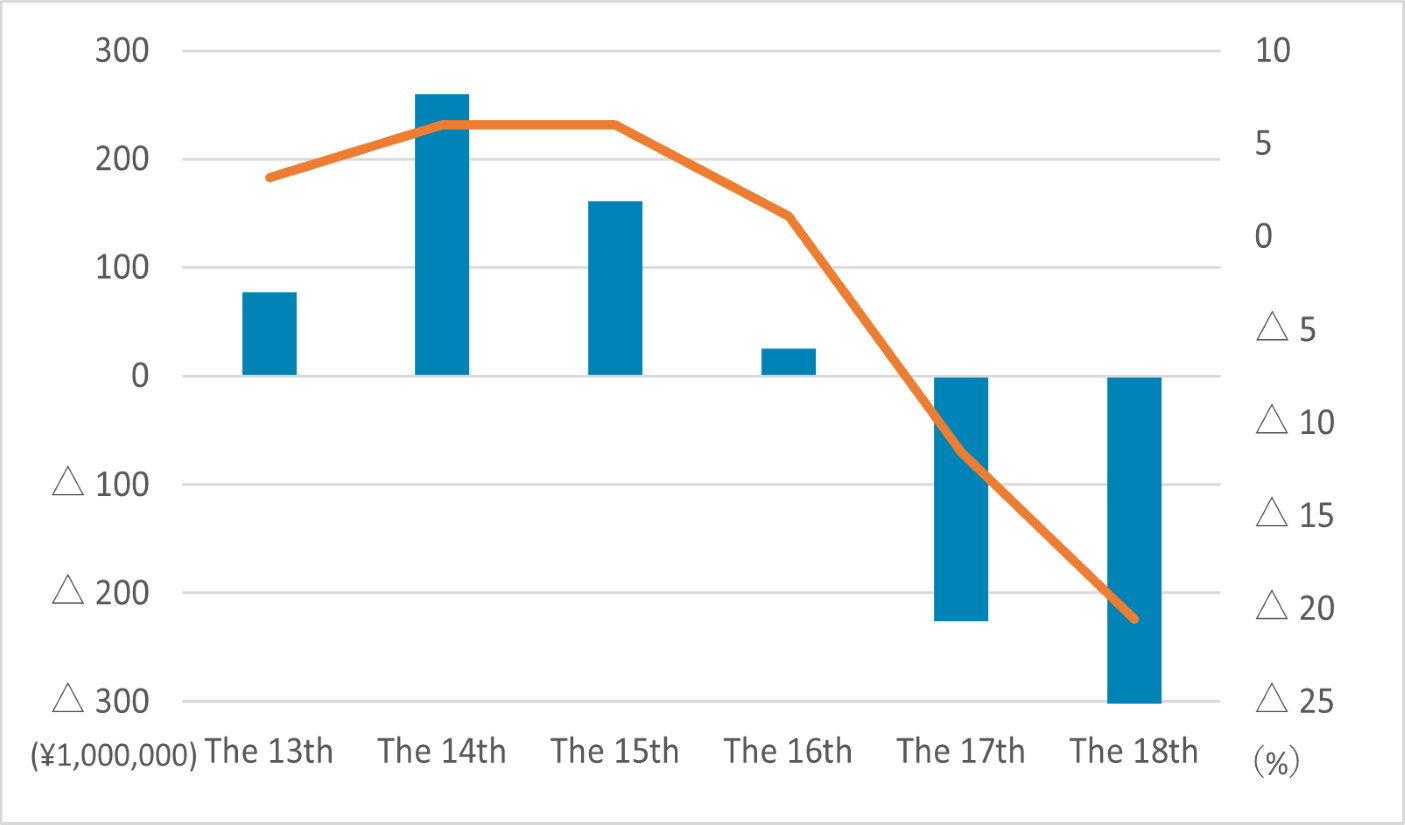 Net income attributable to owners of the parent/sales ratio 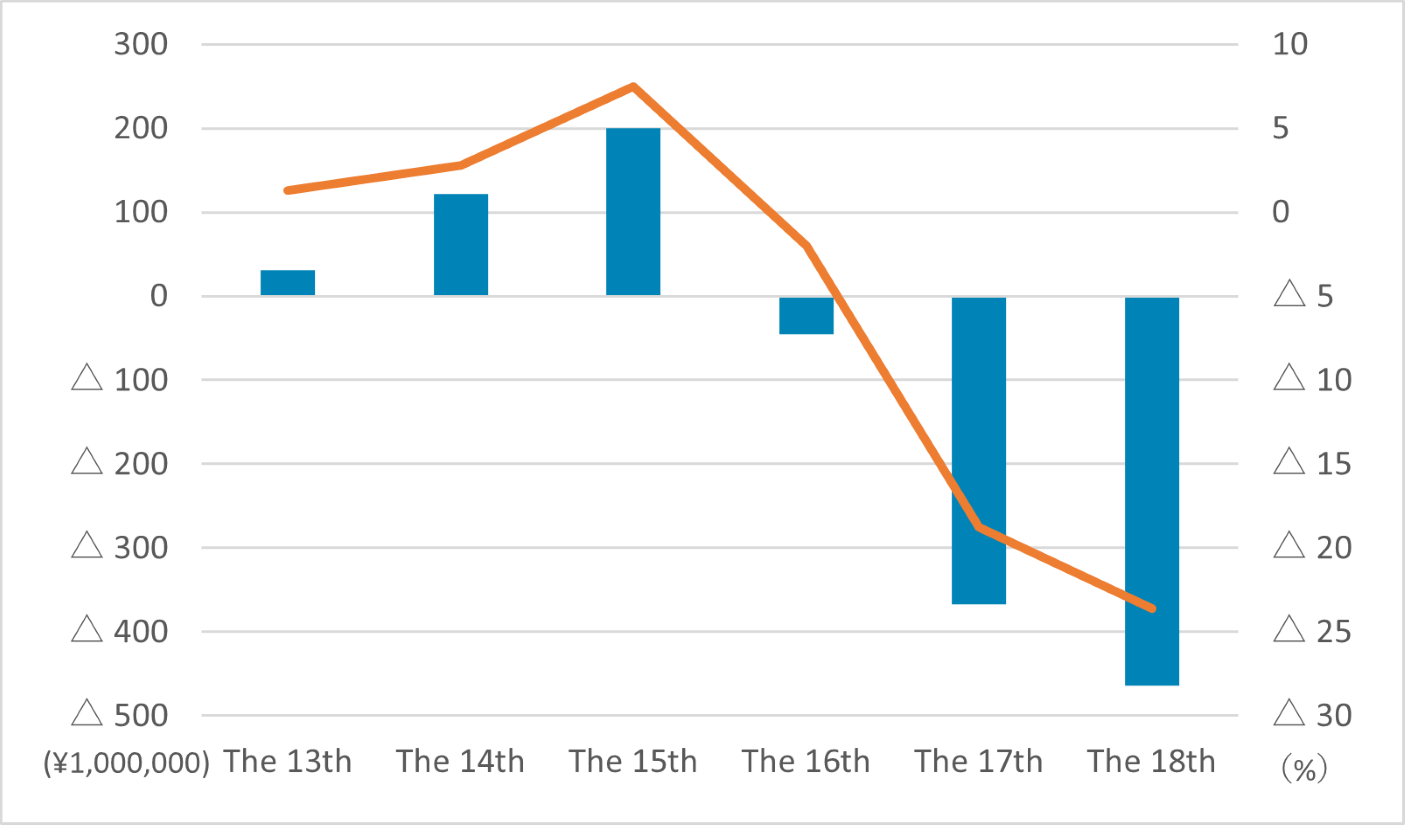 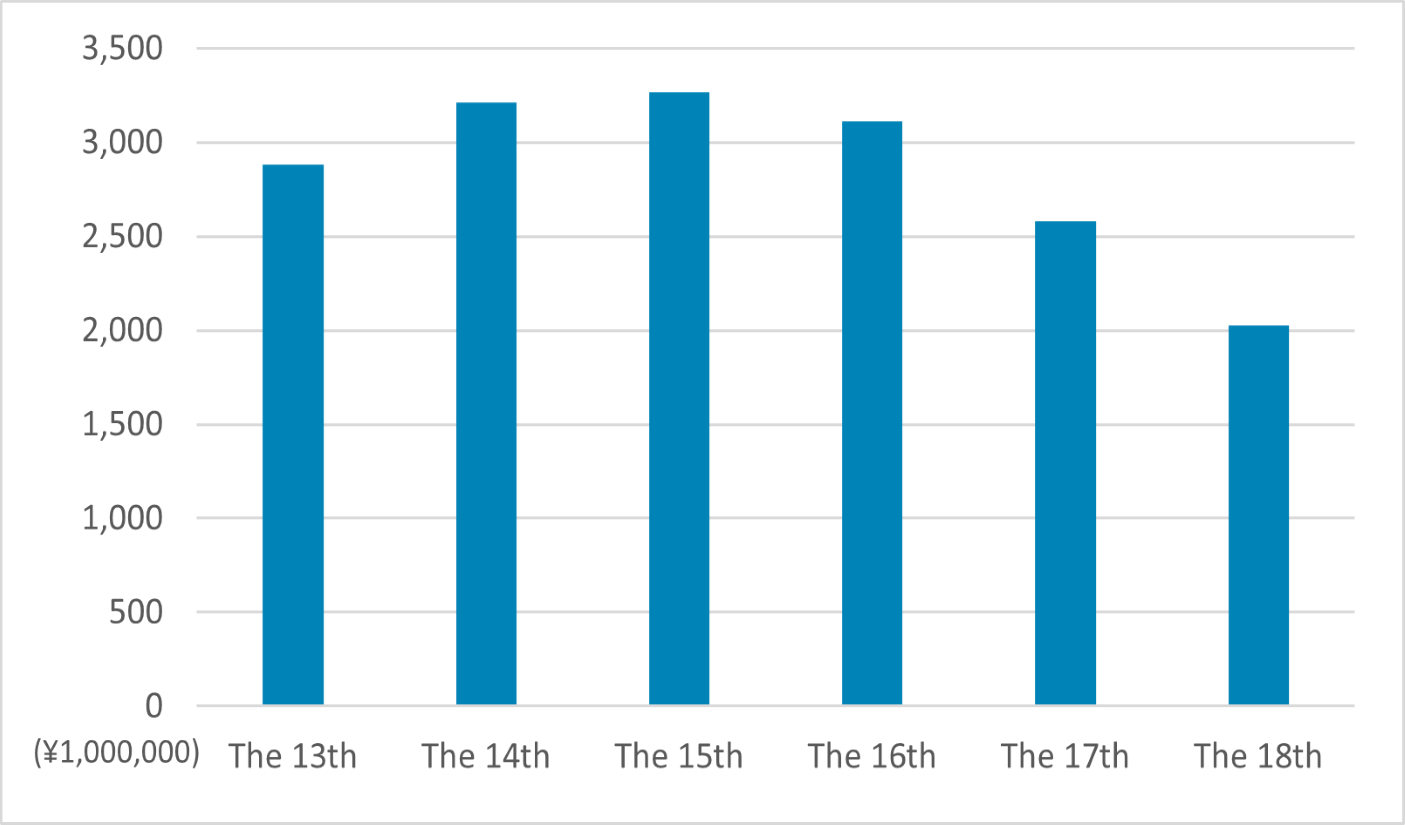 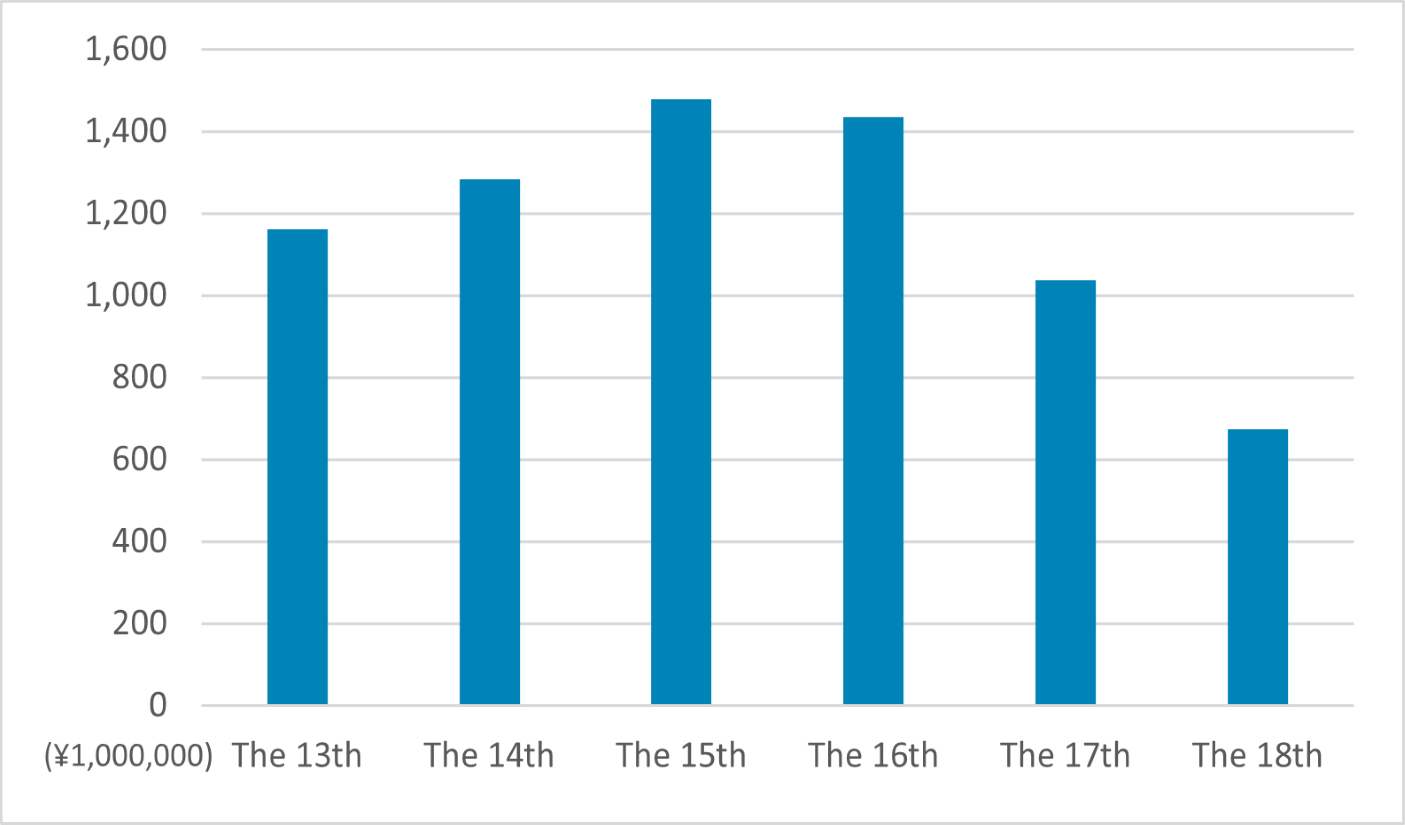 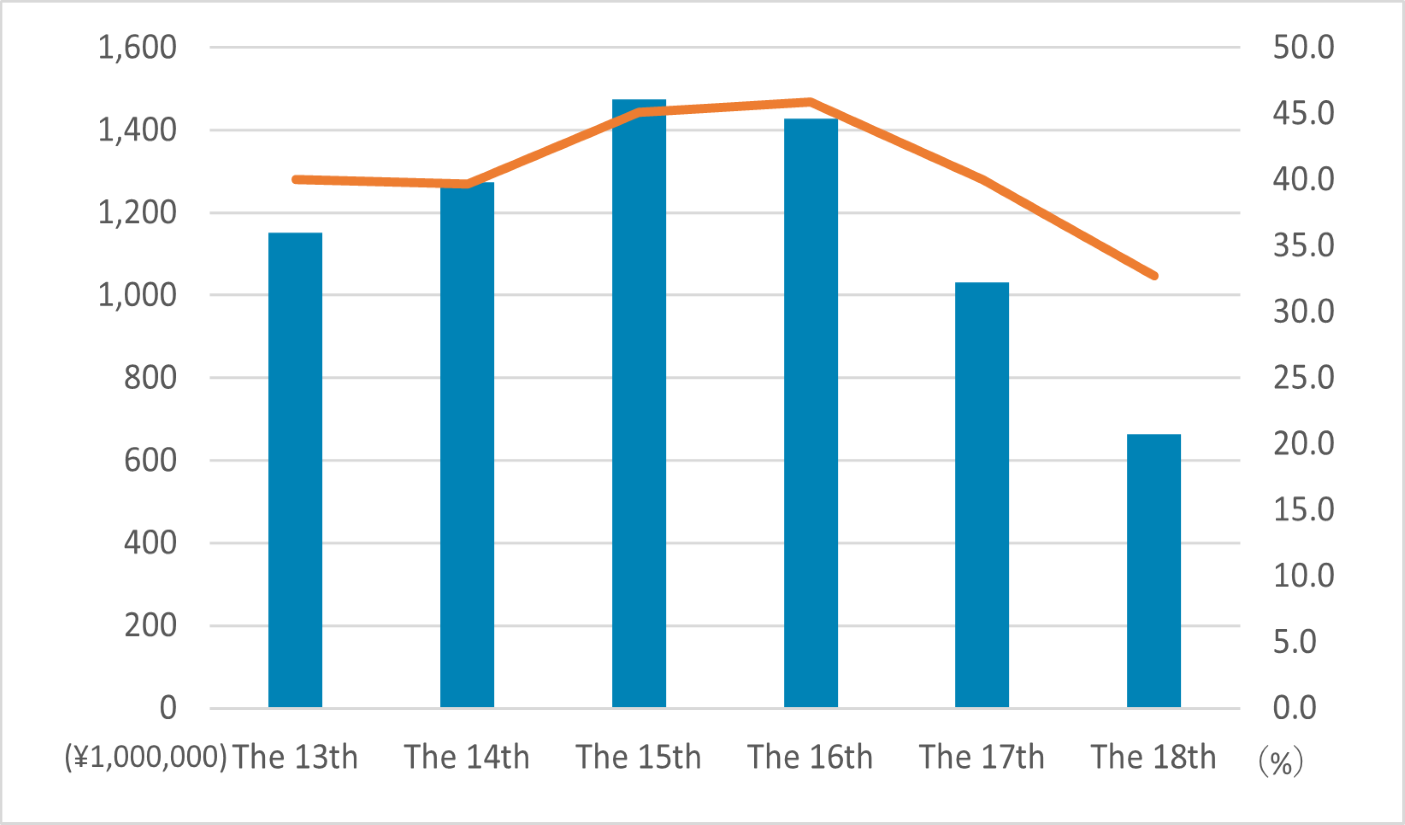 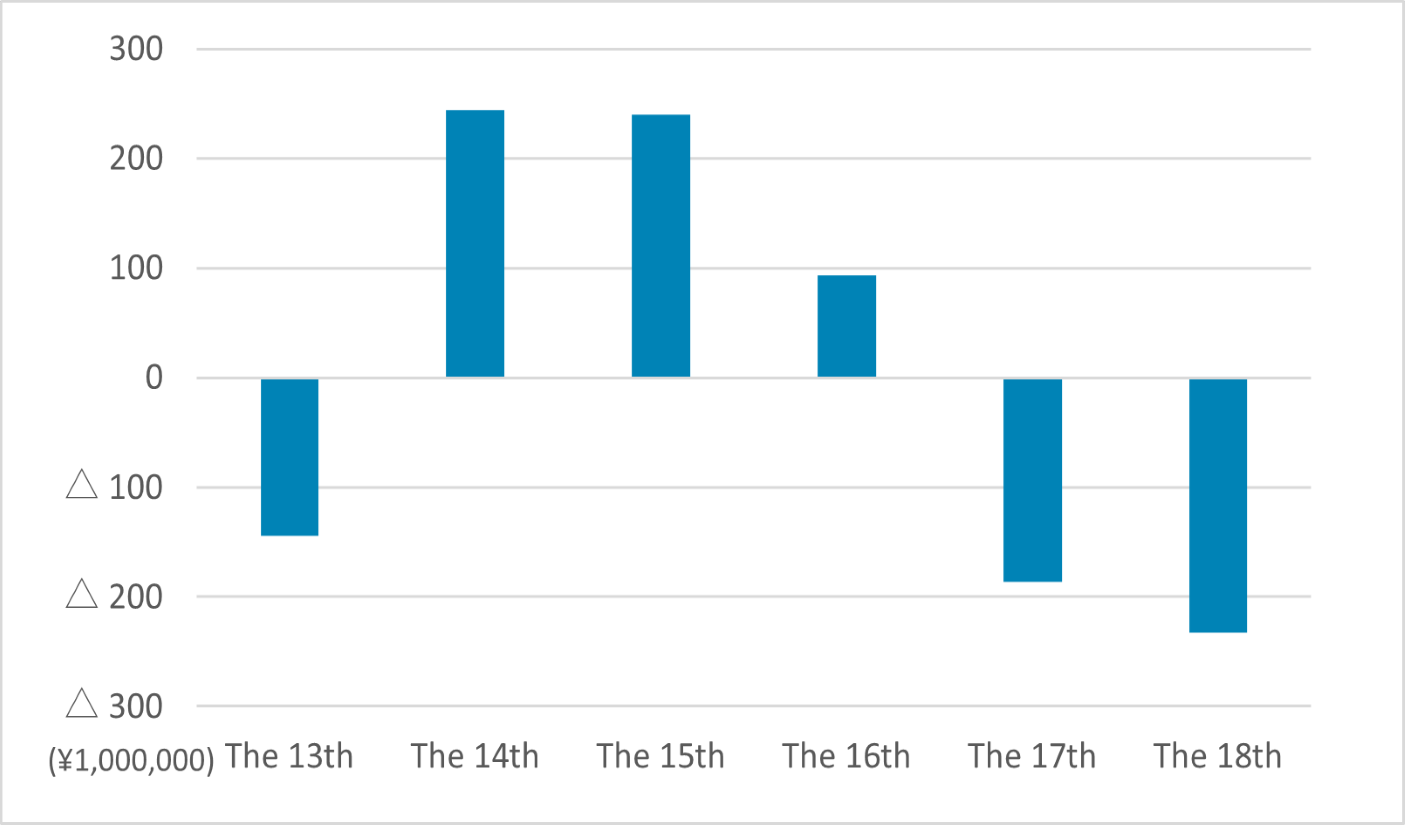 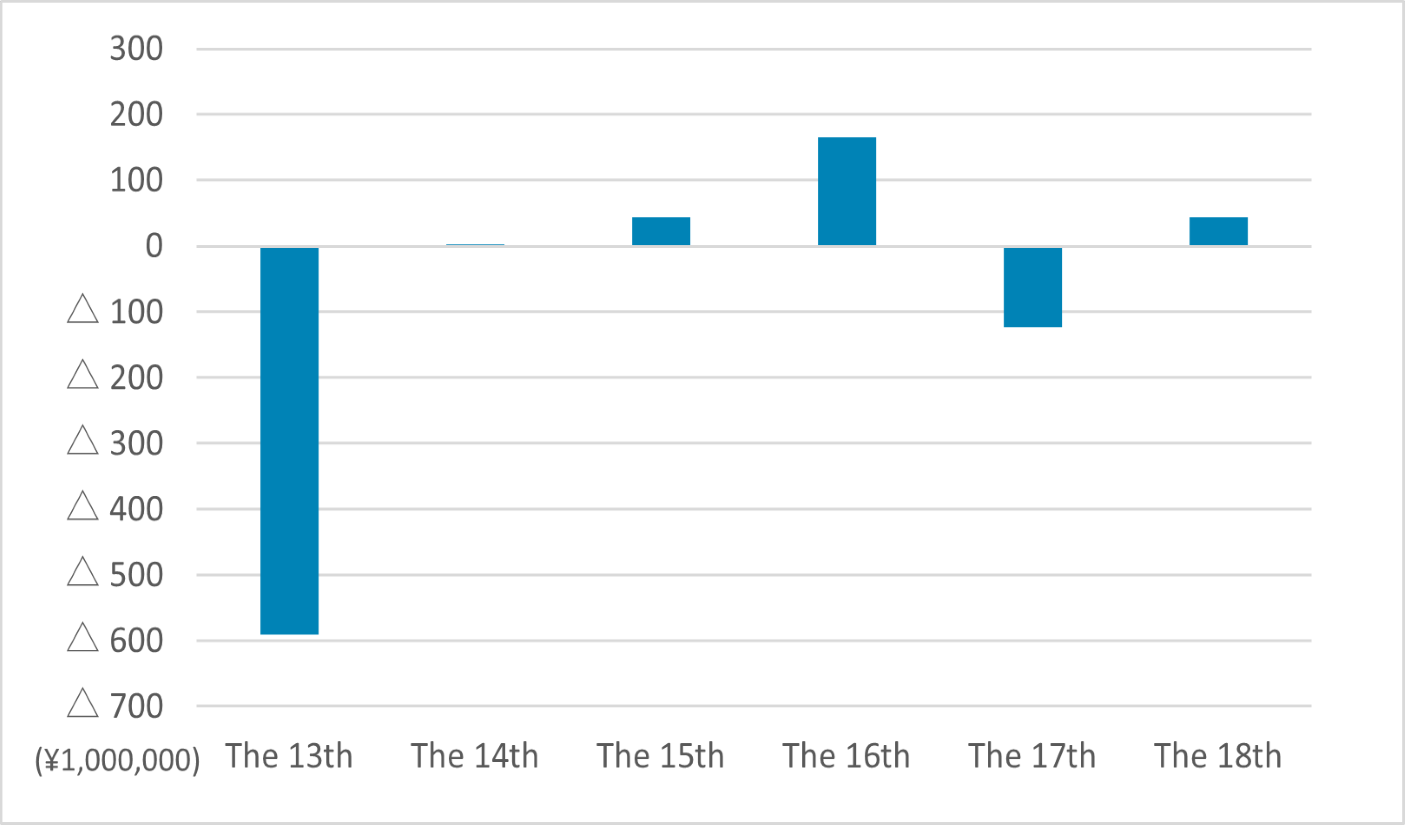 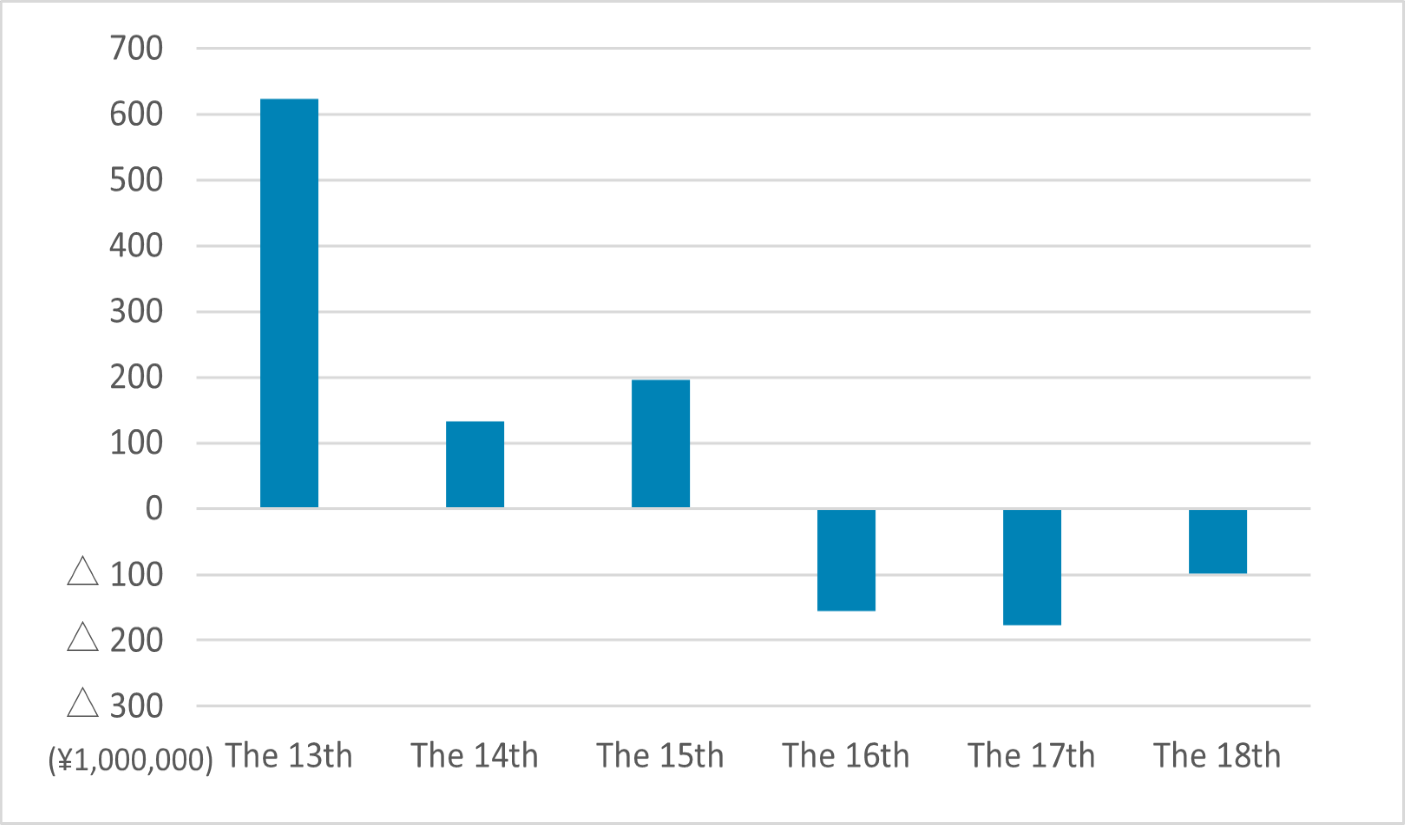 Cash and cash equivalents at end of year 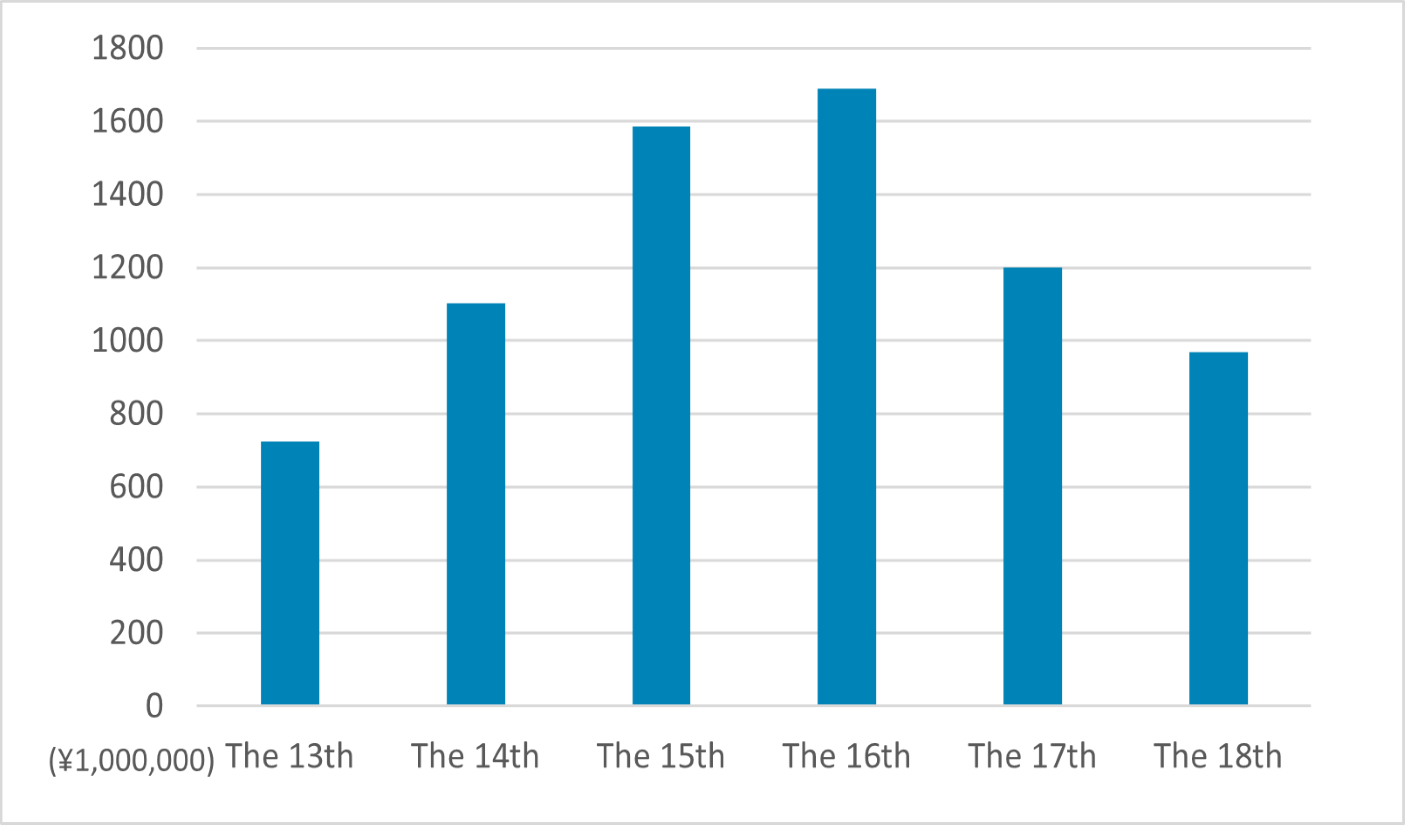 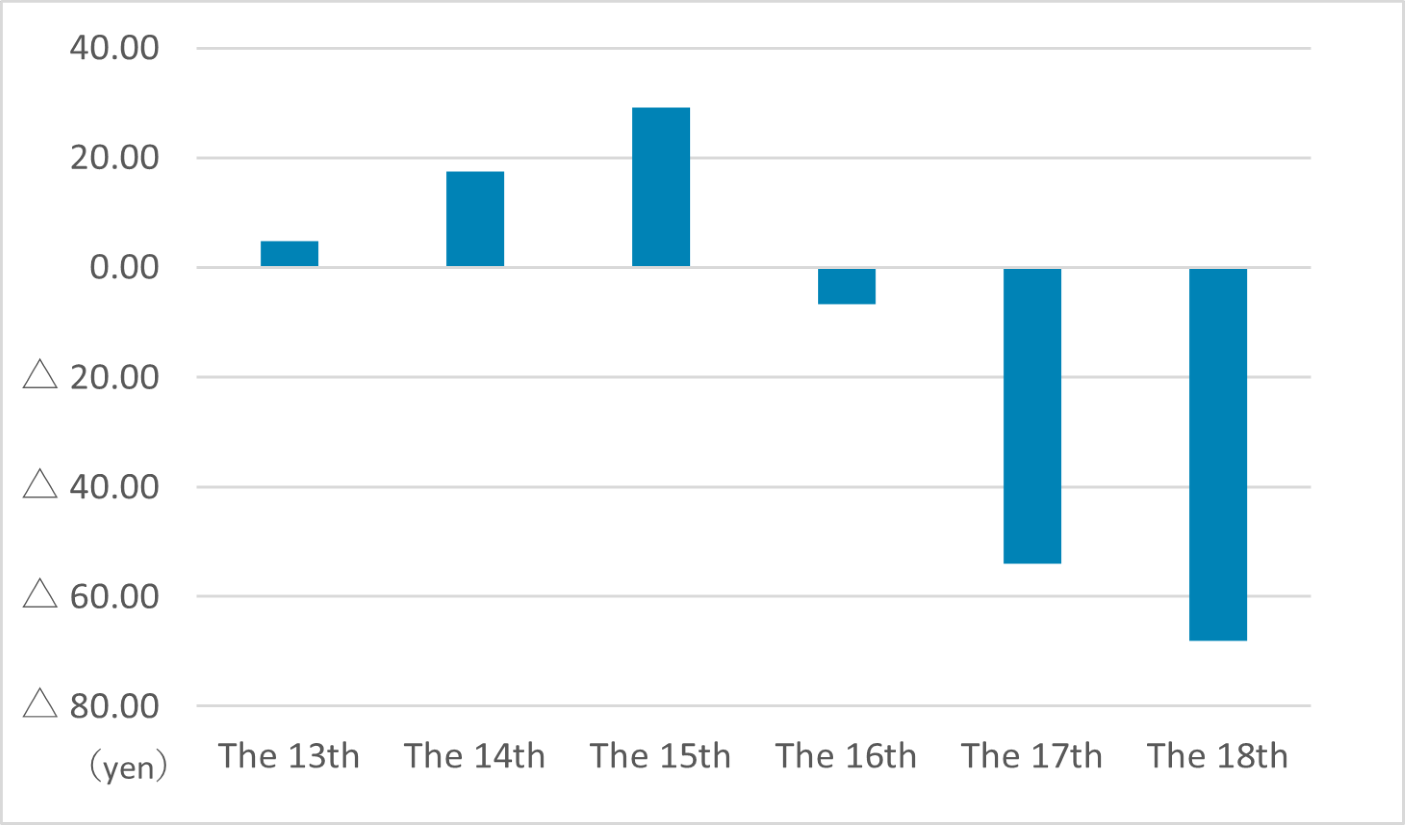 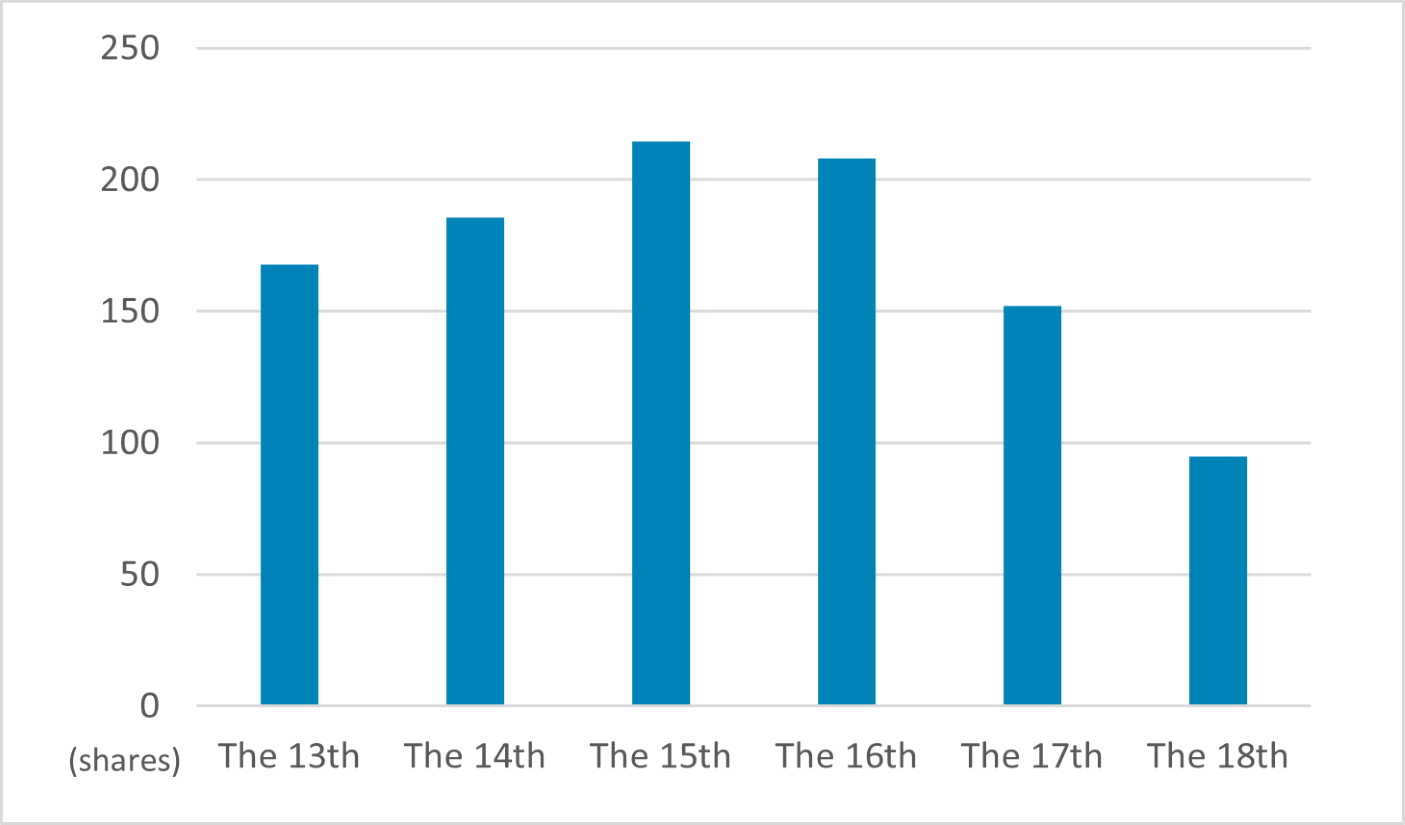